Effect of Zinc on the Immune System

Effect of Zinc on the Immune System 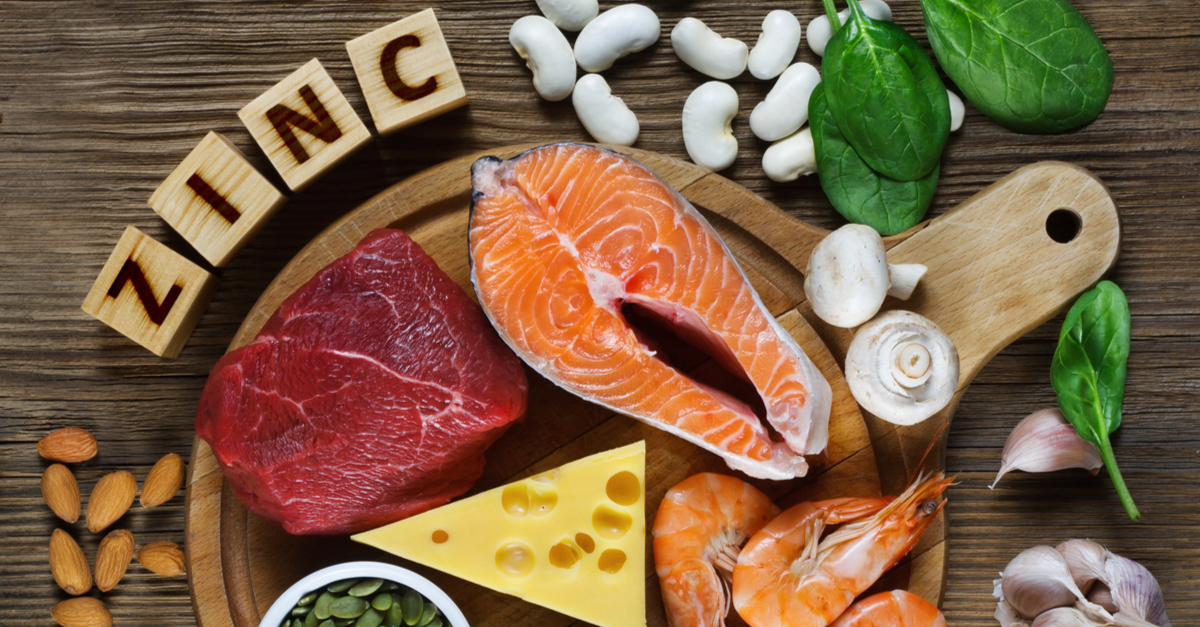 Immune response is the main mechanism of host defense against infections and pathogenic microbes, it helps to eliminate toxic or allergenic substances that enter our body through mucosal surfaces. So, the importance of immune response can hardly be overestimated. However, a wide range of factors can disrupt it. And by reason of it, it is so important to understand what exactly causes the failure. In this article, we will talk about the role of zinc in the immune system and this will open a series of articles on the topic of maintaining immunity.

How to boost the immune system

But the most effective means of preventing infection are still vaccines.

How to boost the immune system

Zinc Functions in the Immune System

Even though this list of general recommendations is non-exhaustive, these recommendations are universal and will work for everyone. And since you probably heard about them, we will talk about other factors that can negatively affect immunity. So, there is evidence that various micronutrient and vitamin deficiencies result in a weak immune system. These, for example, include vitamin A and vitamin D deficiencies, lack of zink, selenium, and others. As we have already said, we will begin our review with the effect of zinc on immunity. We will loop over the role of zinc in the immune system, talk about diagnostics and analyze treatment methods.

Zin is a mineral that’s important to the body in many ways. It is the second most abundant trace metal in the human body after iron. In contrast to the latter, zinc cannot be stored and has to be taken up via food daily to guarantee sufficient supply. So, it plays a role in cell division and growth, wound healing, and the breakdown of carbohydrates. Zinc also provides normal brain functioning, improves memory, and mental performance. In addition, it contributes to maintaining healthy bones, skin, hair, nails.

Moreover, zinc is an antioxidant and has anti-inflammatory effect. This ability plays a role in the prevention of free-radical-induced injuries during inflammatory processes1.

But the functions of zinc in the body do not end there. Zinc deficiency, as well as zinc excess lead to a weak immune system, which can result in increased susceptibility to infections and the development of inflammatory diseases.

This is primarily due to the fact that zinc is crucial to normal development and functioning of cells which indirectly affect innate immunity, neutrophils and NK cells. Zinc deficiency also affects cells which absorb particles that are foreign or harmful to the body (macrophages). And in addition, zinc deficiency adversely affects the growth and function of major immune cells (T and B cells).

As far back as 1963, Dr. Prasad for the first time proved the existence of zinc deficiency. Since then, knowledge about zinc evolved rapidly. It has been proven that marginal-to-moderate zinc deficiency leads to a weak immune system, delays wound healing, and increases oxidative stress.

When zinc deficiency was first discovered, it was thought to be a rare disease. However, subsequent studies have found that zinc deficiency is very common, with an estimated two billion people worldwide being affected2. As for zinc excess, it needs to be said, that it is quite rare. As a rule, its symptoms are mostly due to copper deficiency.

As it was already mentioned above, the lack of zinc is a fairly frequent phenomenon. In addition, it especially affects industrial countries and the elderly. Therefore, let’s look at its indirect and direct signs that can be determined.

Diarrhea and irritable bowel syndrome may also indicate a lack of zinc. And besides, deterioration of the skin, nails, and hair can mean a deficiency of this trace element. Lack of zinc can cause significant hair loss. Worsening night vision, decreased mood, sleep disturbances, and decreased appetite are also noted.

Vegetarians are more likely to have trouble getting enough zinc than others. This is due to the fact that they exclude meat from the diet, while meat is a good source of zinc. For such people, it would be useful to consider foods high in zinc. For example, you can vary your diet with pumpkin seeds, which can be added to any dishes, or almonds (see the full list of high products in zinc below).

In addition, studies reveal that nutritional deficiency of zinc is caused by high consumption of cereals, legumes, and oilseeds. They are all rich in phytate, which makes zinc unavailable for absorption.

To date, no specific and reliable biomarker of zinc status is known. Nonetheless, serum/plasma zinc concentrations can be seen as potentially useful. Unfortunately, this test is far from ideal, as some elderly people were subject to an increase in pro-inflammatory cytokines (zinc depletion factor) at normal plasma levels of zinc. That is why doctors can offer additional tests to show the content of zinc in the hair or its content in the urine. He may also suggest researching your diet to see how much zinc comes with food. But be as it may, a laboratory blood test for zinc is readily available, inexpensive, and good for primary diagnosing.

A wide variety of foods contain zinc. Oysters contain more zinc per serving than any other food, but red meat and poultry provide the majority of zinc. Other good food sources include beans, nuts, certain types of seafood (such as crab and lobster), whole grains, fortified breakfast cereals, and dairy products.

It’s worth remembering that the bioavailability of zinc from grains is low because of phytates—which we already discussed earlier. Thus, animal foods will provide better sources of zinc.

The current recommended dietary requirements for zinc are as follows:

An intake below these ranges can only be seen as an indicator of potential zinc deficiency because many other factors also play a role in decreased zinc intake3. Here’s a comparative table of foods with the highest zinc content.

In dietary supplements, zinc is present in the forms of zinc picolinate, zinc gluconate, zinc sulfate, and zinc acetate. It is noteworthy that several studies indicate that zinc picolinate has the highest bioavailability as opposed to the other form.

And finally, if the supplementation seems to be the most acceptable option, keep in mind that prolonged zink intake in high concentrations may cause copper deficiency.