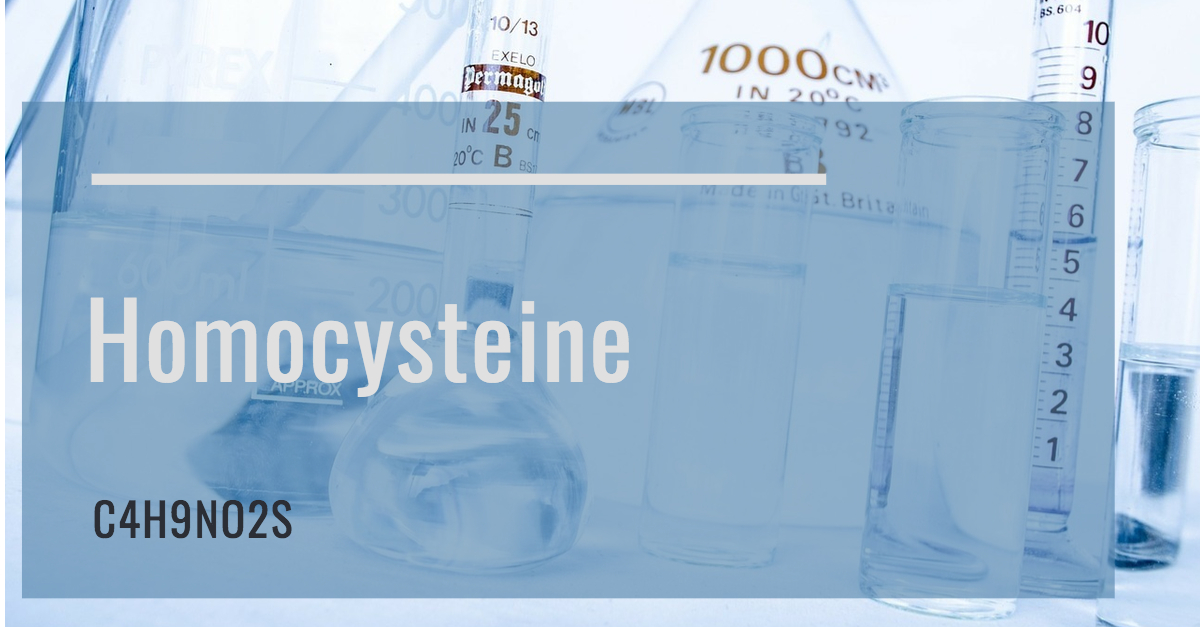 Homocysteine is produced in our body (it is not contained in food) through the metabolism of an essential amino acid called methionine. Normally, formed homocysteine quickly turns into other, harmless substances – vitamins B6, B12, and folic acid are needed for these transformations. But in elevated concentrations, homocysteine provides a whole range of adverse effects, which we will discuss in detail below. Also, Also, this article describes who and why may benefit from checking homocysteine serum levels in terms of improving health.

Firstly, it can directly damage vascular walls by making them loose. Thus, the damaged surface is subject to cholesterol and calcium depositing, which form an atherosclerotic plaque. Thus, blood coagulation is activated, and this, in turn, leads to the development of atherosclerosis, arterial and venous thromboses.

Secondly, folic acid deficiency, which almost always accompanies an increase in homocysteine, can lead to gross malformations of the fetal nervous system during pregnancy – anencephaly (lack of the brain), and neural tube failure. It is for the prevention of these defects that all pregnant women are prescribed folic acid preparations.

Which level of Homocysteine passes for normal?

How Often Should You Check?

Thirdly, homocysteine in high concentrations has a direct toxic effect on trophoblast cells, from which the placenta is subsequently formed, causing their death and a decrease in the production of hCG – the pregnancy hormone. This can lead to termination of pregnancy (usually in the first trimester) or to impaired placental development, which further increases the risk of placental insufficiency, fetal growth retardation, preeclampsia, placental abruption, pregnant hypertension, and kidney damage.

Doctors measure homocysteine levels as a possible cardiovascular risk factor, to diagnose homocystinuria, thrombosis, diabetes mellitus, senile dementia and Alzheimer’s, and obstetric pathology. The testing is necessary in a number of situations since elevated homocysteine levels are cytotoxic.

Which level of Homocysteine passes for normal?

The “ideal” homocysteine level levels of about 5-7 µmol/L1.

The normal range of homocysteine levels are less than 15 micromoles per liter (mcmol/L).

Any higher than 15 and you will want to work with your Health Coach to further investigate the cause.

If levels of homocysteine are found to be elevated, it is advisable to measure the levels of creatinine, thyroid stimulating hormones, folacin, cobalamine to define probable causes of hyperhomocisteinemia and suggest appropriate treatment.

At first, don’t panic if your homocysteine level is above the norm values.

Just because you have high homocysteine doesn’t mean you will develop heart disease or a neurological condition tomorrow, next week or even next month.

That’s the beauty of functional lab tests; they often allow us to catch patterns of disease and imbalance in the body before they become chronic or diagnosable. And if you’re already dealing with a chronic disease, then by examining your homocysteine levels, you’ve gotten one big step closer to uncovering the root cause and getting your health back on track.

It’s worth mentioning that smokers are more vulnerable to hyperhomocysteinemia. Moreover, high coffee consumption is one of the most powerful factors increasing homocysteine in blood. Those who drink more than six cups of coffee a day have 2-3 umol/L higher homocysteine levels than people who drink no coffee.

However, the most frequent cause of high homocysteine levels is folacin deficit4. The deficit of cobalamine (vitamin В12) may also lead to homocysteine accumulation5. However, the effectiveness of using vitamins is a subject of debate among researchers. Several major randomized experiments showed that relatively easy lowering of homocysteine levels through taking supplements did not result in lowering vulnerability to cardiovascular diseases6.

How Often Should You Check?

As with all lab work, how often to re-test is highly individual. Yet, there is a number of indications for investigation, such as:

Typically, if your levels are on the high-side your Health Coach will recommend re-testing after about 6 months.